Centre For Communication and Social Impact > Stories > “At 15, I have two children from three conceptions” 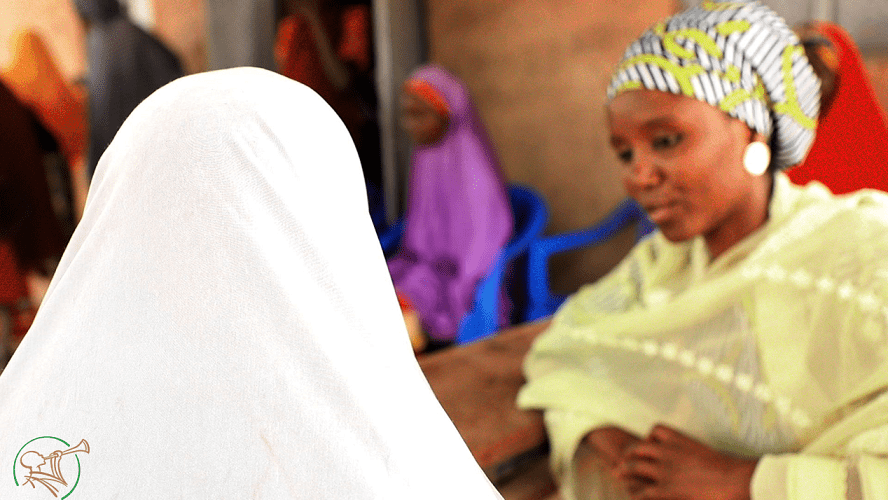 When I got pregnant for the first time, I was merely 13 years old and I suffered a lot; my legs and whole body got swollen because my husband did not allow me to go for Antenatal service as a result of shame.” These are the words of Na’imat Basiru, a teenage mother who already has two children from three conceptions.

Lost in a dismal thought of complete despondency, she narrated how she recently lost what would have been her third baby to miscarriage due to the inability to use the antenatal services which her husband is never in support of. As she struggles to utter those words, her vagary gaze travels through the dim window of the health centre into the vast empty earth space as if to bury the pains and regret. But the farmlands were too dry, dusty and uninhabited to conceal such emotions.

Hers is a true confession of what many teenage mothers did not readily sign-up for, but which nature and culture has served them and what could the weak-willed Na’imat do better, than surrender to the will of her husband.

My first child is two years and three months old while the second is one year and two months. Three months into my third pregnancy, I suffered a miscarriage and lost the baby. I am glad I lost the baby because I was already afraid for my life at that time.

Married to Basiru, a 25- year old senior secondary school leaver who now practices farming, Na’imat buried her face in the hijab that covers halfway through her body as she waits on her mother-in-law at the Primary Health Centre. Na’imat who was given in marriage to Basiru even before she experienced her first menstrual cycle, finally, recounts how she observed her first cycle in her matrimonial home and realized something was wrong when the cycle ceased the following month.

“I did not see it the second time because I conceived immediately. My first child is two years and three months old while the second is one year and two months. Three months into my third pregnancy, I suffered a miscarriage and lost the baby. I am glad I lost the baby because I was already afraid for my life at that time.”

“Presently, I still suffer bleeding from the miscarriage and I need urgent medical attention, which is why I came today when I heard that the community volunteers are around.

It was difficult to conclude that Na’imat Basiru could be a mother. She was young, and it was obvious. The slightly protruding stomach from her recent miscarriage, however, betrayed her.

Na’imat had come to the Antenatal centre at Gigane Health Facility in Arewa Local Government Area (LGA) of Kebbi State, over two hours journey from the state capital of Birnin Kebbi, it was evident she wanted help.

Recounting her childbirth experiences, the young mother lamented the pains she suffered during labour, saying: “When I went into labour, it took me two days yet I was unable to deliver the baby. The pains I suffered during this time was so much. This made my family to eventually take me to the hospital and the doctor was very angry. He told my parents that since I was too young I was supposed to be going for Antenatal Care. I was almost operated upon, but Allah helped me and I delivered by myself, but I became too weak after.”

Then, she heard about family planning: “When the community volunteers came to our village and told us about family planning, I went and told my husband about it and he permitted me to go and take the implant method. That is why I am here,” she said. Na’imat said she would have loved to enjoy her teenage years before getting married, now in a difficult situation, she finds it hard to associate with older women in the community.

Na’imat was too shy to be attended to publicly, so the Family Planning focal person at the facility, Hajiya Habiba Tukur, attended to her in private. But the woman who emerged thereafter was different from the shy Na’imat, in place of the nervous girl, a seemingly determined lady came out and declared to the Community Volunteers: “I will continue family planning in the future.”

We share these stories and victories with our dedicated supporters around the world.