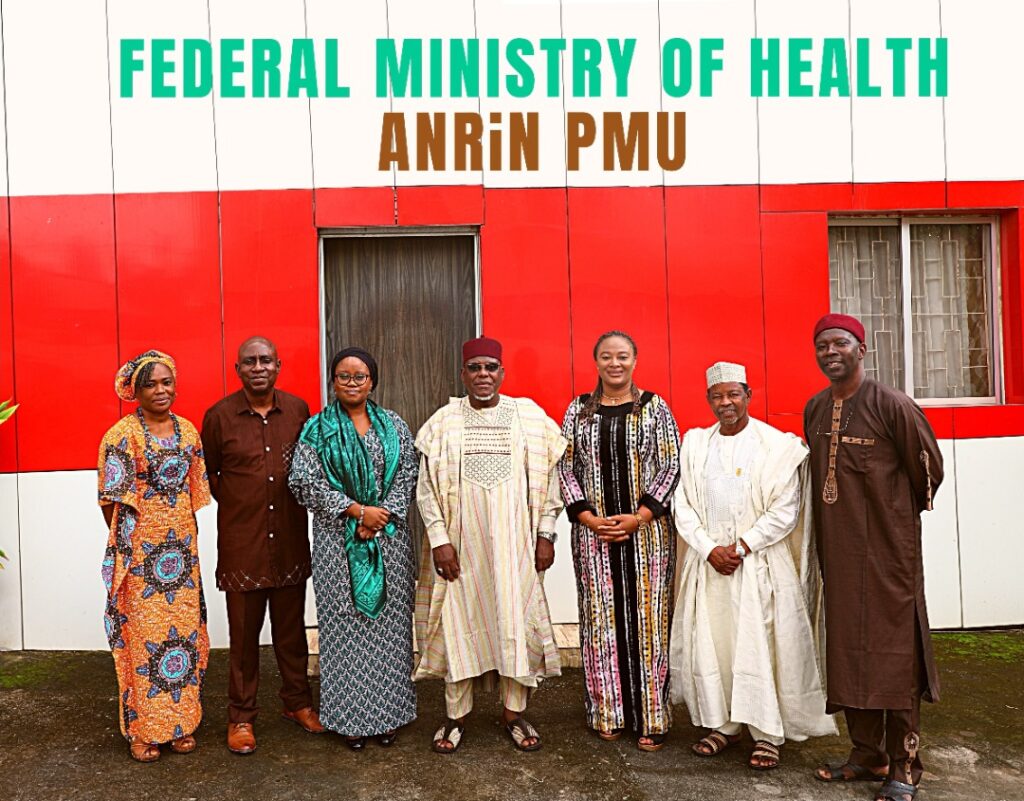 Admitting the importance of right nutrition to the family and the nation, the Christian Association of Nigeria (CAN) and the Jama’atu Nasril Islam (JNI) have promised to give their support and influence on the Accelerating Nutrition Results in Nigeria (ANRiN) project, to meet its set goals on social and behaviour change around maternal, infants and young child nutrition.

The ANRiN project is a Federal Government of Nigeria initiative through the Federal Ministry of Health with support from the World Bank, seeking to increase the availability and utilization of quality, cost‐effective nutrition services for pregnant and lactating women, adolescent girls, and children under five years of age in 12 high malnutrition burden states of Nigeria.

The President of CAN, His Eminence, Most Rev. Daniel Okoh, and the Secretary General of JNI, Dr. Khalid A. Aliyu stated at different fora while meeting the ANRiN Project Management team, which comprised the World Bank, Federal Ministry of Health, and Centre for Communication and Social Impact.

According to Most Rev. Okoh, who hosted the ANRiN project management team during an advocacy visit at CAN Secretariat, Abuja “that nutrition is needed in the local communities at the grassroots and welcomes any intervention that meets the needs of the grassroots.” He reassured of the unflinching support of CAN, adding that a team will be set up to work with the ANRiN team and hopes that CAN will support the project after it outlives its lifespan.

The CAN President stated that having been involved in the roll back malaria project, which was a success while he was Vice President of CAN, he believes that the ANRiN project which happens to have come during his own tenure would also be a great success. He pledged to continuously educate religious leaders to incorporate and disseminate health/nutrition messages.

Most. Rev. Okoh particularly appreciated the fact that the project has developed a sermon guide that would aide faith leaders to preach and speak in support for maternal, infants and young child nutrition but went further to say his team would not stop at preaching on the pulpit but will follow up within the community implementation so that lives would be impacted.

Speaking in the same vein, the Secretary General of JNI said, “you are on the right path by working with faith leaders as we have the coverage and influence, we have different fora that we use to reach our people.”

He commended the team’s efforts on the social and behaviour change materials that have been developed and assured that JNI would review the documents and validate the scriptural verses where needed.

Dr. Aliyu assured the ANRiN project management team that JNI will use its network to ensure the social and behaviour change materials are properly deployed and used by faith leaders across the implementing states once they are validated and approved by the apex bodies.

National Project Manager of the ANRiN project, Dr. Ojuolape Solanke while speaking about the project had stated that the ANRiN project is a World Bank-funded project with the strategic objective of increasing the utilization of quality, cost-effective nutrition services for pregnant and lactating women and adolescent girls and children under 5 in Nigeria.

Further, she noted that the project was two-prong with a service delivery component at the community level targeted at pregnant women, lactating women, children under 5 years, and newborns, and a mass communication component focusing on mass media and faith leaders.

Dr. Solanke noted that the project has been in existence since 2019, providing intervention in 12 states of the federation with the highest burden of malnutrition in Nigeria. She held that this would be done by using interpersonal communication through faith leaders, which has led to the meetings of the faith leaders. She further stated that another channel is the National Mass Media Campaign.

Dr. Solanke declared that the ANRiN Project is a bold initiative to prevent malnutrition within the first 1,000 days of life and to “rewrite the narratives of our investment in human capital development.”

On working with faith leaders, she said, “We have had interesting outcomes, very productive indeed with the Jama’atu Nasril Islam (JNI) and the Christian Association of Nigeria (CAN); the faith leaders and it’s been productive. They are good collaborators to our project, and we will be working with them on this aspect to improve the lots of vulnerable mothers and children within the nutrition space and the delivery of basic package of nutrition service that we are delivering at the community and the mass media campaign through the faith leaders.”

The Technical Team Lead of the ANRiN project from the World Bank, Dr. Ritgak Dimka Tilley-Gyado remarked that the project needs the guidance of the faith leaders in moving forward, especially on the campaign materials to be deployed to the states.

She held that the experience of faith leaders in reaching out to the congregations would come to bear on the project as it would help in using appropriate messages and channels to reach target audience.

Ms. Babafunke Fagbemi, Executive Director of Centre for Communication and Social Impact (CCSI) asked for the buy-in, commitment and the support of the leadership of CAN and JNI.

She noted that research and evidence were leveraged, evidenced by the selection of 12 high-burden states where the intervention would make the most impact and by delving into the social, gender, and religious norms and barriers that need to be removed to enable beneficiaries to improve their practices around nutrition

Fagbemi informed the faith leaders that the project worked with key players in both faiths to come up with versions of the holy book that support nutrition practices and that the campaign is unique and innovative and hopes to leverage the dignity, respect, and influence of faith actors to make the project work.

“We ask for your validation of the SBC documents adapted for faith actors to use in reaching out to their congregants on MIYCN issues to facilitate better counselling and interpersonal communication,” she held.

She further stated that the ANRiN project needs national and state level faith leaders to accept and serve as advocates for Maternal, Infant, and Young Child Nutrition in Nigeria, and urged that faith leaders speak in support of nutrition and its benefits to the faith communities.